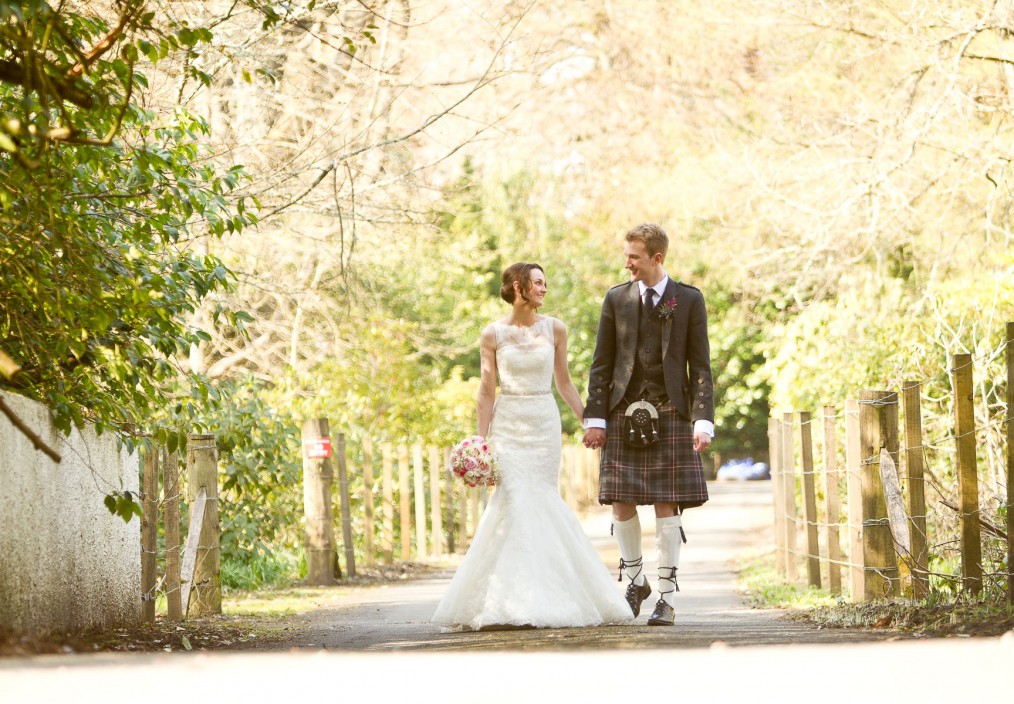 I was delighted when I first received an e-mail through from Niall and Catherine a while ago which said that they had intended to book me as their wedding photographer before they were even engaged – you can’t get much better than that!
They were married in Glasgow Reformed Presbyterian Church before heading out to Airth Castle for their reception with their family and friends – it may have been early April but there was bright blue skies all day!
Niall and Catherine were joined by a lot of family from the Isle of Lewis which is home for them both, but it wasn’t until they came to Glasgow that they first met – the rest is history!
We made good use of the space at Airth Castle for some group shots with their family and friends (avoiding the bright sunshine where we could!) before the wedding party headed into Airth for their reception. Niall, Catherine and I then headed out for a wander later on in the evening to make some use of the last of the evening light. It really was a beautiful day for a great couple.
If you would like to see the full set of images you can send me an e-mail here.